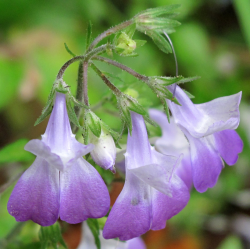 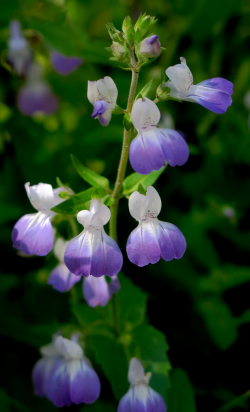 A red polygon indicates an extant occurrence; yellow indicates the occurrence has been extirpated

The historical location near Pacific Grove is presumed extirpated. Several historical occurrences on the San Francisco Peninsula have been extirpated, but one occurrence on Bayview Hill remains (Wood 1996, Yerba Buena Chapter 2014). Large areas of suitable habitat have not been surveyed, and because it grows on steeper slopes, it is to be expected in rural residential settings.

Of four documented Santa Clara County occurrences, only the Anderson Dam population (discovered in 2009), which grows on serpentine-derived soil, is presumed extant. Recent preliminary genetic work indicates that it is the coastal populations, which do not grow on serpentine-derived soil, that appear divergent—while there is no signal of serpentine population divergence (Hillman, pers. comm.). The Anderson Dam population is threatened with inundation and erosion on the reservoir shoreline. Seedbanking for this population has been conducted since 2010 (Hillman, pers. comm. 2015).